With a week to go before the bowl games get going in earnest I thought I would take a look at all eight Big Ten bowl matchups. The Big Ten is once again in the big money as Illinois getting selected for the Rose Bowl means another $410,000 in the coffers for each conference school. This marks the seventh time since the BCS started, and the third year in a row the Big Ten has gotten an at-large bid to the BCS. Purdue was the main beneficiary of this, as they may not have been selected to a bowl otherwise. It is Ohio State’s 6th trip to the BCS, and Illinois’ second. Ironically both are picked to fall big-time in their games.

The rest of the bowl games, with the exception of Michigan, are good matchups for the Big Ten. Purdue is rightfully favored of Central Michigan. I like how Michigan State matches up with Boston College. Indiana is playing with a ton of emotion and a win over Oklahoma State would be a huge confidence boost for them. I don’t trust a Texas A&M team that got pounded by the worst Miami team in decades to give Penn State a challenge. Finally, with the time to get healthy I think Wisconsin is one of the better teams in the country, and they always play well on New Year’s Day.

So without further ado let’s kick things off with the first, and most important matchup as far as this blog is concerned. 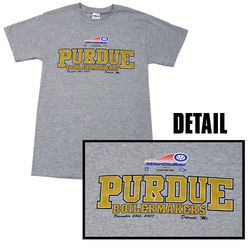 First things first: Is this possibly the lowest selling bowl t-shirt in school history? If we lose this game will University Spirit be selling it in their $2 bin so I have something to wash my car with? Somewhere I still have an Alamo Bowl 1997 shirt, but I don’t think this one would have quite the longevity of that one.

I don’t want to use hyperbole and say this is the most important football game in a long time as far as Purdue is concerned because I’ve already used times a few times this year. Needless to say in the cases of Ohio State and Penn State it really didn’t mean much. This is still a big game though because not only is our own pride on the line, but conference pride as well. Everyone else gets good matchups against BCS conference teams while this is supposed to be the layup at the bottom of the bowl order. Even in the day of 85 scholarships it is embarrassing for a Big Ten team to lose to a MAC team, and this year the embarrassment is doubled because we’ve already beaten the Chippewas as our toughest non-conference opponent.

I’ve already gone over most of this in my Know thy Bowl Opponent preview. We’re very familiar with them and in the short history of the series we have dominated each game. People are making much out of the fact it will be a virtual home game for Central Michigan, but in reality how many fans can a MAC team bring to a game? Dan LeFevour has been Tim Tebow-lite this year and it will be a simple game plan for us: If we can stop him will win. We already proved that the first time around when we kept him contained in the backfield.

I’ll be blunt: a loss here is an embarrassment to the program and should result in some changes. We have already dominated this team once, and anything short of a repeat performance should be deemed as failure. We are the better team at every position except quarterback, and if we let one player run circles around us that we’ve already contained we should be embarrassed. Unfortunately, I can see it happen as there is almost no energy coming out of the program right now while Central has tons of it. Let’s go stomp this team like we should.

This game doesn’t look like much on paper, but I kind of like the way that Michigan State matches up with the Eagles. The Spartans played everybody tough this year, losing no game by more than a touchdown. Michigan State did not have a loss to a team with a losing record, and the defense showed in the Ohio State game that it can play with anyone in the country. To me Michigan State showed a heart it has not had in some time with the late victories over Purdue and Penn State, and they will be as excited as anyone for their first bowl appearance since 2003.

Boston College really doesn’t impress me much, as the ACC has been pretty underwhelming of late when it faces outside competition. Sure, they are 10-3, but two losses came to Florida State and Maryland. Only the Virginia Tech win at Va Tech has a bit of weight to it, and that was reversed in the ACC championship game. Offensively the teams are almost equal, with Michigan State running the ball more while Boston College prefers to go through the air. Of course, we did a decent job of stopping Michigan State on the ground and they were able to move through the air just fine.

The Eagles have won seven straight bowl games, but some of those have been over Navy, Colorado State, and Toledo. At 10-3 I am sure Boston College was hoping for a much better bowl game to be in, possibly even the BCS but they were left out. This means that what is viewed with excitement for Michigan State is a disappointment for Boston College, who finished 2-3 after an 8-0 start had them in control of their own destiny for the national championship game.
Every year there is always one Big Ten bowl game that makes people notice, even should that team lose. Last year Texas was expected to destroy Iowa, but the Hawkeyes ended up playing quite a game. I feel like the Champs bowl will be that game there year, as I have a newfound respect for Michigan State. They can control the clock, throw when necessary, and play good defense. Those are generally the key elements in bowl games, so I’ll pick them in an upset. 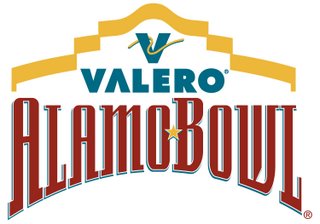 The Aggies are a classic case of a team that cannot come back because of its style of play. All Penn State needs to do is build a lead early and it is over. I only saw them once this year during a Thursday night game against Miami in the Orange Bowl, but it was enough. Texas A&M was the only team this season that couldn’t stop Miami’s putrid offense, so even a mediocre quarterback like Anthony Morelli should have a fine day. If not for the final game upset over Texas the Aggies would be coming into the bowls on a 1-5 streak.

Texas A&M will also be operating under and interim coach after Dennis Franchione resigned. Penn State meanwhile has JoePa, who will be coaching his 500th game for the Nittany Lions. It’s hard to find a bigger difference in experience on the sidelines in this one. Much like the Champs Bowl, both teams are nearly equal offensively, with Texas A&M holding a two yard edge over Penn State. Penn State has scored more per game, but Texas A&M has probably played the tougher schedule. This is actually a rematch of the first Alamo Bowl after Purdue won back-to-back games, and Penn State easily handled the Aggies in that one 24-0.

With a win Paterno can gain ground on Bobby Bowden as the all-time winningest coach. Bowden holds a two game lead but will almost assuredly lose the Music City Bowl after a number of suspensions decimated his roster. Penn State has also played better recently in bowls, winning the Outback bowl last year while Texas A&M has lost six of seven.

Both teams prefer to run the ball, while Penn State is a little better at the pass than the Aggies. The key will be organization, and because of the coaching situation Penn State holds a huge edge over the Aggies. Texas A&M showed me nothing in the Miami game, as they got dominated by a team that later struggled to merely complete a pass against North Carolina State. Anthony Morelli can complete passes with a margin of regularity, and as long as he does that Penn State will win easily.

A co-worker of mine is married to a former Indiana player and they are heading to Phoenix for this game. Naturally, they are incredibly excited to be going to any bowl game after a 14 year drought. 10 years ago many Purdue fans were in the same situation heading to San Antonio as we had finally broken a 13 year bowl-less streak. What is the common factor in this? It is none other than the Oklahoma State Cowboys.

There are a few differences though, as Indiana was expected to make a bowl this year with its schedule while we came out of nowhere in 1997 to win the Alamo Bowl. Can first year coach Bill Lynch build on that success and run off a streak of bowl like Purdue has? That remains to be seen, but the first step would be beating an up and down Oklahoma State team. The Cowboys rank ninth in total offense, but they only finished 6-6. The most impressive wins are Texas Tech and Kansas State, while there was an inexcusable loss at home (by 18 points!) to Troy.

The Cowboys have struggled on defense all year, while Indiana has been pretty good offensively. The Hoosiers don’t exactly have a great defense, but for the first time in a long time they at least have a serviceable one. There is no history between the two as they only met once in 1930 in Bloomington. Perhaps the most famous thing Oklahoma State is known for is their coach, who is indeed 40 years old and a man.

I can’t look past the Troy loss, as that would be a bad loss even for a program like Indiana that hasn’t had much success before this year. The Hoosiers have historically not played well in bowl games, but they have the added incentive of playing for Hep this year. It has gotten them through the season, and will surely carry over to the bowl game. Honestly I expect quite a shootout from a pair of good offenses, with Indiana using its emotion to carry over in the end. A bowl win would be a huge boost for them, and add a dose of legitimacy to what many consider to be a weak schedule. They did manage to wins (Ball State and Purdue) over bowl teams.

Next up: The New Year’s Day and BCS bowls.