Special note: This entry was published this morning on my other blog Veritas in the Word. It is re-published here simply because this is a cause I strongly beleive in.

It is 20 degrees in Indianapolis today. That is the temperature at 8:40am and it is not going to get much warmer. This past weekend a major winter storm dumped snow and ice on the city for about 36 consecutive hours. It was expected to bring up to a foot of snow, but fortunately it was only about half of that. Still, the city is in a deep freeze at the moment. Why am I giving this minute by minute update on the balmy December weather in the Midwest? It is because of these two guys: 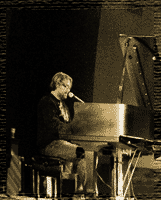 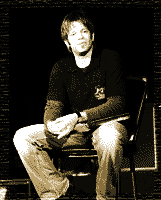 Their names are Ryan Brinson and Daron Earlewine. They are the two pastors at the church we attend here in Indianapolis called the Crux. Starting at 5pm last night they began a 48 hour period of living on the streets of downtown Indianapolis to raise awareness for The Advent Conspiracy. They have set up shop during the day on Monument Circle in the heart of the city and will be there until 5pm tomorrow night. Last night they slept on the streets and they plan to do the same tonight. Since we live only a few blocks away I took these guys some warm beverages both last night and this morning. They were hanging in there, but this morning less than 16 hours in they were already struggling.

7Each man should give what he has decided in his heart to give, not reluctantly or under compulsion, for God loves a cheerful giver. – 2 Corinthians 2:9

This is not a stunt that they are doing merely to gain attention for themselves and our church. It is an act of sacrifice to live a reality that some face every day to draw attention to an effort to end that reality. That is what the Advent Conspiracy is all about. It is about making a difference this season and to concentrate more on giving rather than consuming. That is why I am taking a break today from the recent discussions we have had on the book of Acts because I believe this is a cause that will make a difference. I have talked about this cause before here, but I feel led this morning to bring it up again because of the way it is influencing people around the country. In a brief discussion with Daron last night he told me of how they had received e-mails and donations from all over the country.

The beauty of it also comes from the fact that the people that are giving the most are those that have the least to give. We are merely a church full of 20-somethings from a church on the northwest-side of Indy. Shoot, at 28 I am practically ancient in that church, but we are making a difference.

He who oppresses the poor shows contempt for their Maker, but whoever is kind to the needy honors God. – Proverbs 14:31

While speaking with Daron and Ryan last night I stood outside with them for about 20 minutes. I was bundled in a heavy Columbia coat, gloves, and a hat. By the time our conversation was drawing to a close I was shivering and ready to head back to the warmth of my car. This is coming from a former Eagle Scout who has been camping several times as a boy in weather colder than this. I grew up in Indiana and have lived here all my life. Daron, however, lived in Arizona for most of his life, while Ryan is a recent transplant back here from San Diego. They also don't have the overnight experience that I have had outside, so you can just imagine they are feeling this morning before even reaching the halfway point of their ordeal.

I am not here calling for donations. If you follow the link to the Advent Conspiracy you can see what it is all about and who it will be helping. My job, as well as Daron and Ryan's is not to change minds, but to draw attention to this. From there I trust that God will work on hearts and change minds. Should you decide to give, from $1 to $1,000 it will be used entirely for the true purpose of Christmas. This year it is compassion, not consumption that drives us.