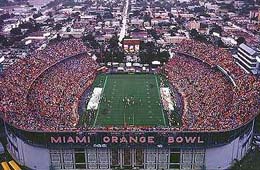 Before I begin a side note is necesssary. My wonderful wife will be doing some re-designs to the site today, so if things change quickly don't be surprised.

It’s hard to get excited for this week in the Big Ten when the race is all but decided thanks to Michigan and Ohio State. Only the Buckeyes have a ton to play for this week, and they should have little trouble disposing of an overrated Illinois team at home. There are a couple of other good games in the league this week, with Wisconsin hosting Michigan atop them, but for the most part it is a rather dull slate before rivalry week with little intrigue unless there are a few upsets. While the rash upsets in the top 25 has been the norm this year the Big Ten has remained rather untouched. Only Illinois’ sudden resurgence has been much of a surprise, and if not for them Wisconsin and Penn State would be right about where they were expected to be this season. The same holds true for Purdue, Indiana, Northwestern and Michigan State. Iowa’s slide has been surprising, but all the injuries have attributed to it.

This week there aren’t even very many good national games, with the Miami Hurricanes’ finale in the Orange Bowl being one of the biggest games of the week. It is truly a week of teams measuring what there is to play for and what they have to lose in a loss. Since everyone in the Big Ten is a week away from their rivalry game and the end of the regular season everyone is weary from 10 straight weeks of football.

Which brings me to a point I would love to see and that is a break in the Big Ten schedule for a bye week for everyone. Now that we have the 12-game schedule everyone naturally fills their bye week with a non-conference opponent, usually from the MAC. As a result the schedule has turned into a 12 game sprint and we are done before everyone else in the country. This leads to long breaks before bowl games, and controversy in the conference standings because we’re the only conference that doesn’t have everyone play everyone else, or there is a conference championship game.

Could we get by with a 10 game conference schedule? I would like to see it upped to at least nine, but it will never happen because of the imbalance of home and away conference games. The byes would help out as well, but we’re a long way from the because of the academic nature of the Big Ten. Basically the Big Ten refuses to play past Thanksgiving due to finals for its athletes. It’s a noble goal that I agree with, but it makes for a hectic football season.

Michigan has almost nothing to play for, as it will only go to the BCS by beating Ohio State and grabbing the automatic bid. Wisconsin still has a shot to get in a New Year’s Day bowl game, and a win here would give them an edge toward a return to the Capitol One Bowl. They certainly should not be challenged by Minnesota next week, while Michigan may be holding some things back for the big Ohio State game. The Wolverines have survived every challenge in the conference so far, but all three road games at Northwestern, Illinois, and Michigan State have been particularly challenging. Wisconsin is the better of those four teams.

The Badgers are a beat up bunch. Five critical guys to the offense including P.J. Hill are far from healthy and could use the above mentioned bye week to get healthy for a big push. Looking at this game from a Purdue perspective, because this is a Purdue blog, I want Wisconsin to lose since it would give us a great chance to finish ahead of them in the conference standings. If we played I think Wisconsin would win, but this game should knock them to 4-4 in the conference after next week.

How long has it been since Indiana and Northwestern have played with both having bowl hopes alive? Has it ever happened? It hasn’t occurred to my knowledge since Indiana’s decline in the mid-90’s came before Northwestern came from nowhere to win the Big Ten in 1995. It used to be that this game would decide who would finish in last place in the conference. Now we have come a long way when this may decide the final Big Ten bowl slot. Both are playing for just that, but Indiana has the edge by being able to lock it up while Northwestern still must likely beat Illinois as well to go bowling. It should make for a fun shootout.

It is Northwestern’s final home game and Indiana hasn’t won in Evanston in 14 years, but the Wildcats sadly have one of the least intimidating home environments in the conference. Indiana turned things around last week when I thought they would be in trouble against Ball State, and they are playing for Hep’s dream. Northwestern took a big step back last week and showed they may be a year away from making some serious noise, but don’t count them out. I am hoping Indiana gets this game so we have the first Bucket Game in 28 years with both teams going to a bowl.

"Little brother" as Mike Hart calls them heads to West Lafayette this week after a demoralizing home loss to face a Purdue team that has to be feeling a little gutted itself after letting one slip away at Penn State. The Boilers still have an outside shot at a New Year’s Day bowl game to play for if things fall right, while Michigan State likely must win each of its last two games to get to any bowl. About the only scenario that will see the Spartans in a bowl with six wins is Michigan and Ohio State going to the BCS and there being a tie at 6-6 between Indiana, and Michigan State for the eighth spot. Since that would mean Northwestern would also have six wins and a win over both, you can forget about that except the nearby Motor City bowl would almost assuredly pick Michigan State.

We’ll also find out about Purdue’s character, and whether the motivation for a 10 win season will still be enough for them. It’s a bit strange, as I want to win these last two games and get to nine wins, but that also means we might go to the Outback bowl to get pounded by an SEC team and fall short of 10 wins. If we get nine and go to San Antonio or Orlando again we’ve got a real shot. It is also senior day for us, with the largest class of seniors we’ve ever had under Tiller due to the JUCO haul of last year. We’ve done very well against the mediocre at home this year, only trailing briefly against Northwestern. If we get a lead again early we win.

You can say all you want about Ohio State, but winning 20 straight games in any conference is an impressive feat. They’ve also done it by playing every single team over the past three years, meaning all of the other ten teams have had at least a shot at knocking them off and failed. Illinois gave the Buckeyes their closest game outside of Michigan last year, but am I really supposed to have faith in a Ron Zook coached team on the road with virtually no passing game against one of the best defenses in the country? Like that is going to happen.

This is a speed bump that the Buckeyes only lose if they are severely distracted before next week. They are a better coached team than that, and it is simply not happening. Ohio State has the power to shut down the Illinois running game and that will be that. No one has run on them consistently so far, and no one will. Yeah Juice Williams threw the ball well at Minnesota last week, but that’s Minnesota. Ohio State is a wee bit better defensively.

Joe Paterno gets to pad his win total with what should be a pretty easy game for the Nittany Lions. In my research on this game I found Penn State has won 24 straight against Temple since a tie in 1950, and they are 31-0-1 in the last 32 games. This isn’t the usual Temple that is lucky to get a single win on its schedule, as it has actually won a few MAC games this year, but they should pose little challenge for Penn State.

Penn State will only struggle if they simply don’t care about this game. They have little to play for except a New Year’s Day bowl, and they will get that if they simply win these last two games. Step one at Temple will be easy, but step two at Michigan State will be harder. The Spartans will either be rejuvenated from a win or desperate from a loss.

Many people thought that with the talent the Hawkeyes had and no Ohio State or Michigan on the schedule they would have a chance to be the leader in the clubhouse by winning this game. That is not the case obviously, but what was once a disaster of a year can now be saved with a bowl game. This is the battle for the Floyd of Rosedale, so while the Hawkeyes have a bowl bid on the line, Minnesota is hoping a giant bronze pig can salvage the season even a little.

You have to love a rivalry that plays for a giant pig, and this is the only trophy game in the week before a ton of them. As bad as Minnesota’s defense has been they only have a shot if they can score about 50 points. It’s quite possible they are one of the worst Big Ten teams of the past 25 years this season, and after Saturday the year will be one step away from a merciful end.

I would be remiss if I didn’t attempt some coverage of what will be the final game in the historic Orange Bowl Saturday night when #19 Virginia comes to Miami. As homage to this game, and the fact there aren’t any other really intriguing games, I am making it the only national game I will preview.

I only got to see one game at the Orange Bowl, but it is in my top five places to see any game. Imagine this: It’s actually a place where the fans bring the character to the field and there isn’t all the pre-canned crap that "entertains" us at every timeout. Like many of the Indiana basketball temples I visit each winter, it comes alive with the fans and you can feel the ghosts of so many games when you’re sitting there. It will be missed. I hope Donna Shalala enjoys the fact she sold the soul of a University.

What the Canes have done this year, short of the win over Florida State, is nothing short of shameful in this final season. In one of the weakest divisions in a BCS conference they have had inexcusable losses at North Carolina and more recently at home to Georgia Tech and North Carolina State for the first consecutive losses in the Orange Bowl since 1998. There will be tears in my household Saturday as this is nothing short of a travesty with "the U" selling its soul, and there is absolutely zero excuse for losing this game. Amazingly the Canes still have a shot at winning their division if they win out. They have lacked "it" in many games this year, but for one night they must find it because they simply cannot lose this final game in such a historic place. Miami 17, Virginia 16