Share All sharing options for: Purdue's bowl destinations (I have put WAY too much thought into this) 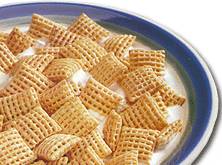 It is Sunday night and we still have not received any word as to a bowl destination. This is not unexpected, as most likely we needed a slot to open up from another conference in order to get a spot for us. This past weekend saw mixed reviews for that, as the UCLA upset of Oregon hurt us, but the Fresno State win over Kansas State helped us. We’re looking at the Big 12 as our friend at the moment as they have eight bowl slots with eight eligible teams. None of the other four can get eligible, and the Big 12 is almost assured of getting two teams into the BCS so there will be one open spot.

Next is the Pac-10, who already has six teams eligible for its six spots, but also stands a decent chance of getting a second team in the BCS. Should Arizona State beat Arizona that helps us twice since Arizona could not gain eligibility and it would give the Sun Devils a shot at staying home for the Fiesta Bowl as an at large team. We could have gotten some help from the WAC if Hawaii goes to the BCS since they would then have a free spot, but that will go to the winner of the Nevada-Louisiana Tech game.

Just about the only other conference that can help us is the ACC, which also has an 8 and 8 scenario like the Big 12. The only two teams that have a realistic shot at the BCS are Virginia Tech and Boston College who will meet in the championship game. What are the chances the loser also goes to the BCS and opens yet another slot for us?

Since there are four BCS at large spots we can be served well if the Pac-10, Big 12, and ACC take up three of them. No conference can send more than two teams, so everyone can calm down about the SEC getting three or four bids. Here is likely how things will play out.

That fourth at large spot will determine if we go to a bowl anywhere or not, and all three scenarios help us. Arizona State means they beat Arizona and it opens up a spot for us assuming USC wins the Pac 10. A second ACC team opens up an ACC bowl, and Illinois winning opens a Big Ten bowl. Should Hawaii lose to Washington (Who did beat Boise State already this year) we will almost assuredly go somewhere. The Big East won’t get a second team in the BCS, meaning that four conferences would be fighting for three of the spots since the SEC is a shoe-in to get one more team in. Assuming Illinois is not selected, that would leave a bowl open from the Big 12, ACC, and likely the Pac-10 if Arizona State wins. Here is who we would be fighting from the 7-5 teams in the country that would be bowl-less:

TCU (7-5) (The Mountain West has five teams for four spots)
Troy (8-4) (If they lose to Florida Atlantic, giving FAU the one Sun Belt bid)
Bowling Green (8-4) (The Falcons are not in the MAC championship game, but will get a second MAC bid if Central Michigan beats Miami (6-6) in that game)
Ball State (7-5) (The Cardinals will get the third and final MAC bid if CMU beats Miami)

We are the only power conference team that is 7-5 and may go without a bowl at the moment. The SEC has two left over teams, but South Carolina and Alabama are both 6-6 and therefore cannot be picked ahead of us. The SEC by getting a second team into the BCS will find room for one of them anyway. Louisville may get to 6-6 and be an extra from the Big East, but again can’t get picked ahead of us. The Big 12, Pac 10, and ACC will not have extra teams no matter what happens, leaving just Iowa and Northwestern at 6-6 from a major conference. This makes us very attractive as someone will have an open spot.

Just about the only way we get shut out of a bowl game now is if Arizona beats Arizona State, assuring that even if the Pac-10 gets two into the BCS they won’t have an open bowl. We would also need the ACC and Big Ten to get shut out of a second BCS spot, which is impossible if the Pac doesn’t get a second BCS bowl. One spot is all but guaranteed to be open, with two or even three very likely. This means we will go somewhere now, thanks to the results of this past weekend. Here is our most preferred scenarios in order:

1. Ohio State goes to the national title game and the BCS selects Illinois to fill their spot in the Rose Bowl for tradition’s sake.

Yeah, it sucks that we would likely go to Detroit in this case, but it also guarantees we have to go somewhere. Plus Joe Tiller knows how to beat the MAC, and playing a MAC team could mean our first bowl win since 2002. This is also the only way we could go to a better Big Ten bowl than Detroit, and it would involve back room deals to keep Michigan State in Detroit for the Motor City bowl and Indiana in Phoenix for the Insight Bowl.

This bowl would be the Bell Helicopter Armed Forces Bowl on December 31 in Fort Worth, Texas at 12:30pm. Doesn’t this sound an awful lot like the Sun Bowl? We would be facing a Mountain West team, and they don’t have a specific order listed as to what bowl chooses their teams first. This game would be against BYU (9-2), Air Force (9-3), New Mexico (8-4), TCU (7-5), or Utah (8-4). Obviously they would want TCU to sell tickets, but they have the worst record of that group. This bowl could help our recruiting efforts which have always been strong in Texas, but we would need to win over a lesser team like that to make any headway. At least it is on ESPN.

This would be the Texas bowl in Houston, Texas on December 28th at 8pm. Much like going to the Insight Bowl, this game would suck because it is on the NFL network. A second strike against us is that Houston has already accepted a bid to play in this game, so it is a virtual road game. Much like the Helicopter bowl above, it would mean a chance to make some more recruiting inroads in Texas, but Houston is 8-4, so we’d have to finally beat a team with a winning record not out of the MAC or Ohio Valley Conferences.

If you thought Detroit in December was bad, at least it is in a dome. This game would mean a New Year’s Eve trip to good old Boise, Idaho to play on the blue turf of the Humanitarian Bowl. My wife’s Hurricanes played here last year against Nevada and won, so that means a game against the WAC. The WAC also has no picking order for its bowls, as many of their teams like Hawaii and Boise State would be playing at home bowl games if eligible and not in the BCS. Guess who is bowl eligible and not going to the BCS this year? That’s right, the host Boise State Broncos. They haven’t officially accepted the invite yet, but Boise State will almost certainly be playing at home for the holidays. I want to avoid this game at all costs, as no team that goes out there has anything to gain facing one of the best non-BCS teams in the country. At least it would be a chance to beat a ranked team.

5. Hawaii takes a BCS slot, the Big East miraculously takes a second, the SEC a third, and the Big 12 a fourth leaving just the Houston bowl open and they take nearby TCU. The Big East then has an open slot that would not be filled if Louisville (5-6) loses its season finale to Rutgers.

This is just a ludicrous scenario, but it would leave open one of the six Big East bowls. Since they don’t seem to have any selection order either that would mean the International Bowl (January 5 in Toronto against the MAC), the Papa John’s Bowl (December 22 against Conference USA in Birmingham), or… THE SUN BOWL, BABY! (December 31 against the Pac 10). The thought of a fourth Sun Bowl in our last six bowls simply makes me shudder.

So that is that. If Central Michigan beats Miami in the MAC title game and Troy beats Florida Atlantic we are assured of going somewhere because there would then only need to be two bowl slots open, which will happen. I can’t say any of them are ideal or glamorous, as in all four possible bowls we would be playing a virtual road game (assuming Central Michigan goes to Detroit), but it provides us a chance to face some adversity to get a win. Perhaps I am delusional as always, but such is the plight of the Purdue fan.

The only way we don’t go bowling is if Hawaii takes a BCS slot, the Big East miraculously takes a second, the SEC a third, and the Big 12 a fourth leaving just the Houston bowl open. In that case they would almost definitely take a close by 7-5 TCU team rather than us simply because they want to sell tickets. Then the open Big East bowl would have to be forced to take a 6-6 Louisville team, which would have to eliminate Rutgers as a BCS possibility for that to even happen.

I am confidant we will be ahead of Troy, Bowling Green, and Ball State as other 7+ win teams, and since the Big East doesn’t have anyone else who can get 10 wins other than West Virginia they will not be getting a second BCS team ahead of a 10 win ACC runner-up or Pac-10 runner-up. This means a Hawaii loss, an Arizona loss, or any scenario that gets Ohio State in the championship sends us bowling.

Does everyone have all that? At least 3 open bowls would give Iowa and Northwestern fans some hope.